There are many predictions being made about what will happen this year. Here are some of the common predictions for technology of 2017.

The common theme of what 2017 will offer, seems to be more of what 2016 offered. Augmented reality was shifted to the forefront of American culture last year as Pokemon Go rose and fell in a short time span. Virtual reality did not get off to the start expected of the "next big thing," in terms of product sales. This has caused some to take pause and re-evaluate virtual reality's future. However, many sources agree that virtual reality is not going away quite yet, if at all.

Many devices were released last year that can serve as both a tablet and a laptop. Notably, Microsoft has been releasing the Surface tablet for quite some time. Apple's 12.9 inch iPad Pro is also meant to provide laptop power in a tablet. Late last year, Google released a beta to allow Chromebook users to run Android apps on certain Chromebooks. I expect that this trend will continue due to the convenience of having one device that can "do-it-all" vs having multiple devices.

Each year, there are multiple warnings of cyber attacks and virus threats. One trend that has continued each year is that the attackers are getting better. This poses a challenge for security companies to keep up with and stay ahead of potential security threats. Keeping with the theme of continuing trends of 2016, more Smart enabled devices are expected to be released, along with more people buying Smart devices already available.

The big unanswered question is the political one. What impact will the Trump presidency have on tech? There are two main predictions of what will happen. Either Trump's policies will help or hinder the tech industry. The only common prediction is that his policies will have an impact. This is a difficult question to answer. Even if Trump announces a tech policy, his unpredictable nature makes it hard to know for sure what will happen for sure until it is finalized. My opinion actually goes against the common prediction. I believe that Trump will have little impact on the tech industry, taking a hands off approach.

In terms of what will the "next-big-thing" look like in 2017, is a hard thing to predict. I don't foresee anything new for this year, but there is always the unexpected. Most of the big technology breakthroughs actually existed well before it took off. For example, Nintendo actually released a virtual reality device in the mid 1990s called the Virtual Boy. Although technology has greatly improved the graphics, the concept of what makes virtual reality work remains mostly unchanged. 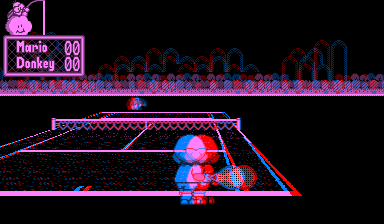 For More Information, check out these two articles: