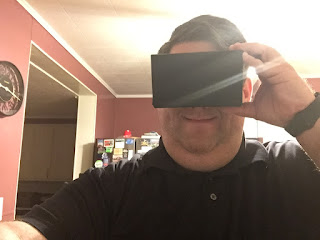 Google Cardboard is a cheap, but effective way to view Virtual Reality (VR) content through a smartphone or equivalent device. A while ago I posted about VR and its potential in the classroom (http://blog.mrbwebsite.com/2016/12/2016-was-supposed-to-be-year-of-vr.html). However, my experience with VR has been limited as I did not have the resources to try out the Google Cardboard VR myself. 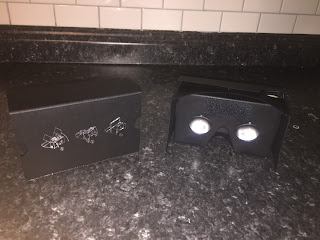 A little while ago, I received one of these (Google Cardboard) in the mail. I have to admit, it sat on the shelf for a while before I tried it out. Through a chance encounter with one of my fellow staff members, I was introduced to a feature through Time/Life. If you scan certain parts of a magazine, it presents you with a VR experience. So I opened my Google Cardboard, inserted my iPhone 6 and started the app. 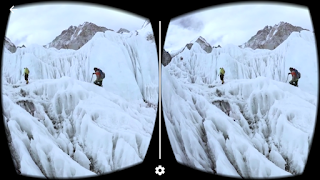 The first VR experience was titled Capturing Everest. In this story, the user rides along the back of a Mountain Climber until they reach the summit of Mt. Everest. I must say, I was engaged from the opening scene. I found the depth of field to be stunning. Seeing the summit of Mt. Everest was awe-inspiring, although I am sure, it does not live up to the actual experience. The only downside I saw was that the text can be hard to read due to the zoomed-in resolution of the screen. Sometimes, I would hear someone talking, but not realize I needed to turn around to see them.

I have tried a couple of other apps, but not enough to list recommendations here. Below is an article of suggestions for Google Cardboard VR apps.

20 of the Best VR Apps for Google Cardboard